Are you a teacher? Subscribe today to access hundreds of premium teaching resources and lesson plans! close
close
close
close
« Library « Poetry « The Rime of the Ancient Mariner 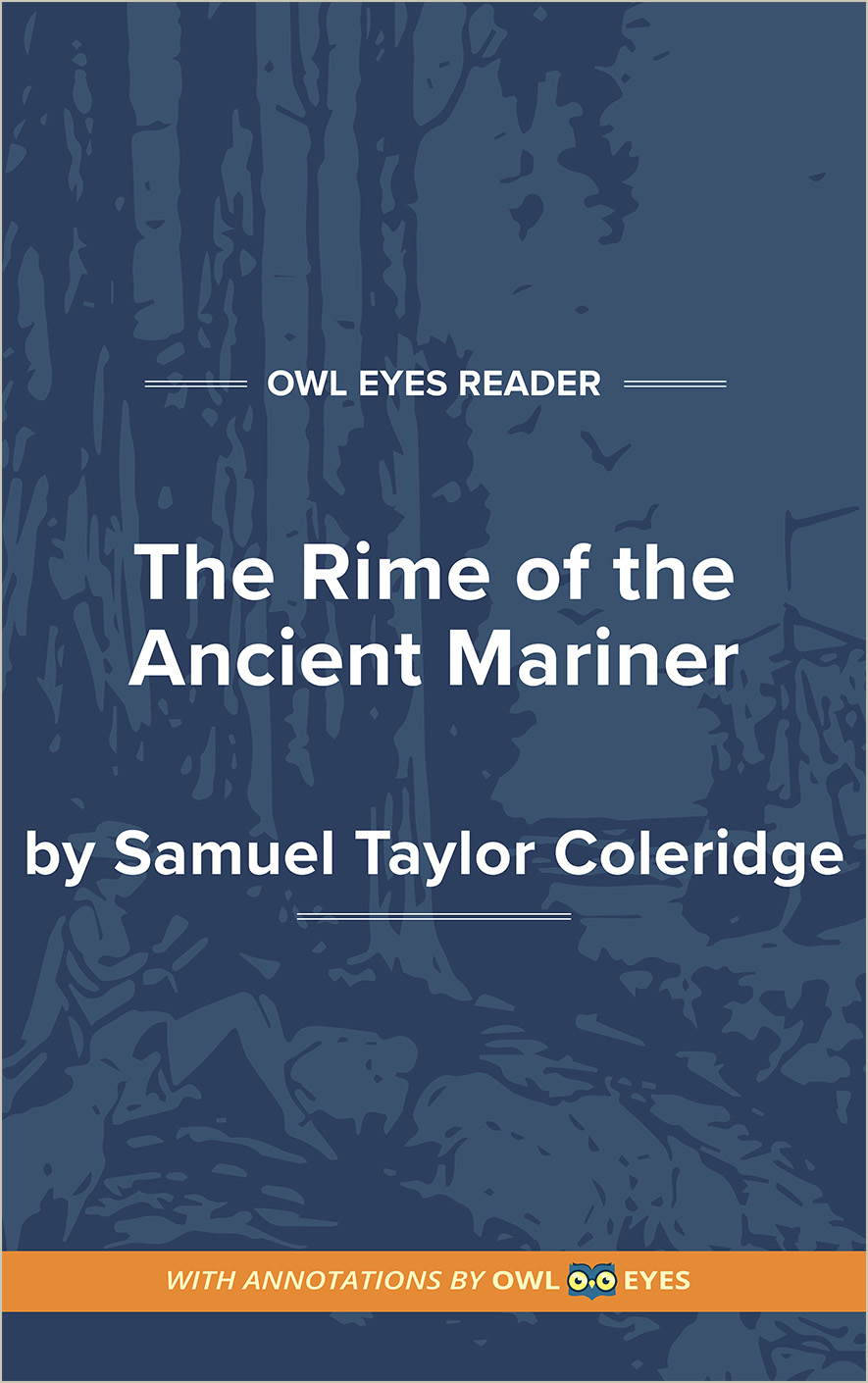 The Rime of the Ancient Mariner

The “Rime of the Ancient Mariner” begins when an old man stops a bridegroom on the way to his wedding. “There was a ship,” he begins and launches into the haunting story of his last journey to sea. When his ship got stuck in weather near Antarctica, an albatross appeared and lead them back to safety. The bird continued to follow the ship and represent the crew’s good fortune, until the Mariner shot and killed it. His senseless action condemns his men to a series of grisly, supernatural events that the Mariner must relate in order to relieve his regret and shame. Coleridge stretches this lyrical ballad to its limits crafting not only a compelling story but infusing it with an intense, emotional experience. Using repetition and personification he is able to create a palpable mood throughout the poem. Coleridge captures the ocean’s terrifying vastness in his depictions of dramatic, unrelenting nature. He plays with history, superstition, and form in order to pull older forms into the Romantic era. Why did the Mariner kill the albatross? Why was he permitted to survive? Is storytelling truly penance for this crime? “The Rime of the Ancient Mariner” has puzzled scholars and readers since its creation.