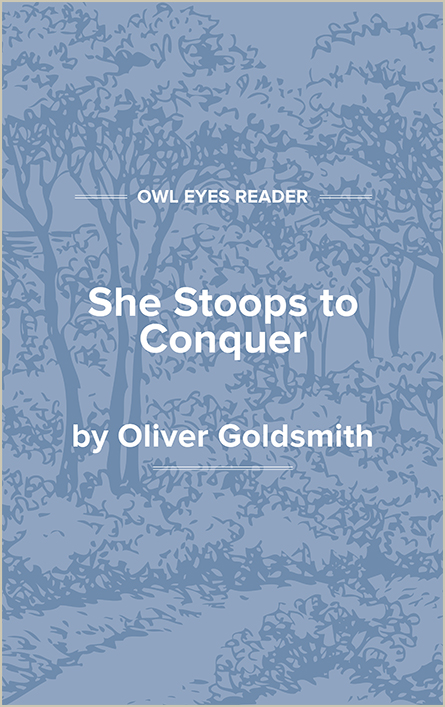 Foreshadowing in She Stoops to Conquer

Foreshadowing Examples in She Stoops to Conquer:

The fact that Hardcastle has been absent while he takes care of their baggage lends credibility to Tony Lumpkin's joke in pretending to send the two travelers to a tavern whose innkeeper is Hardcastle.  This sets the stage for the misunderstanding to follow.

"Cherry in the Beaux Stratagem..."  See in text (Act The Third)

In George Farquhar's comedy *The Beaux' Strategem *(1707), Cherry is the innkeeper's daughter whose goal is to marry a man above her station.  However, she becomes infatuated with a gentleman who is masquerading as a valet, a situation relevant to the plot of She Stoops to Conquer.