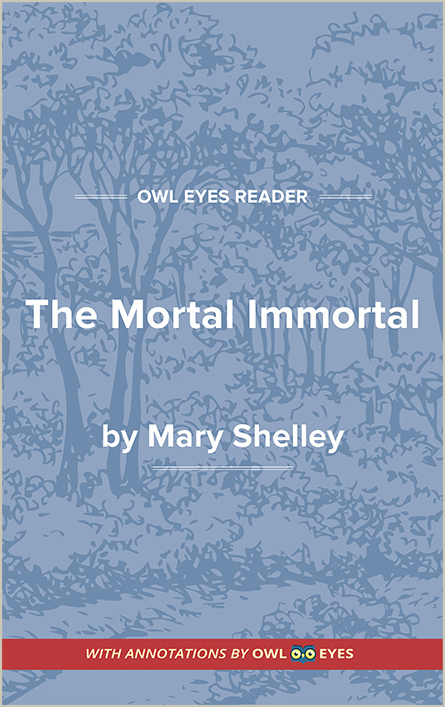 Facts in The Mortal Immortal

Facts Examples in The Mortal Immortal:

In literature and art, the Christian devil has traditionally been depicted with hooves instead of human feet, emphasizing its otherworldly nature.

"All the world has heard of Cornelius Agrippa...."  See in text (The Mortal Immortal)

This is likely not too exaggerated; the scholar’s writings had made an impact on Europe and would eventually be translated into many languages. Agrippa was born in 1486 and made lasting impacts in the fields of theology, the occult, alchemy, and scientific critique. Famous during and after his death, his inclusion as a character constitutes an element of historical fiction.