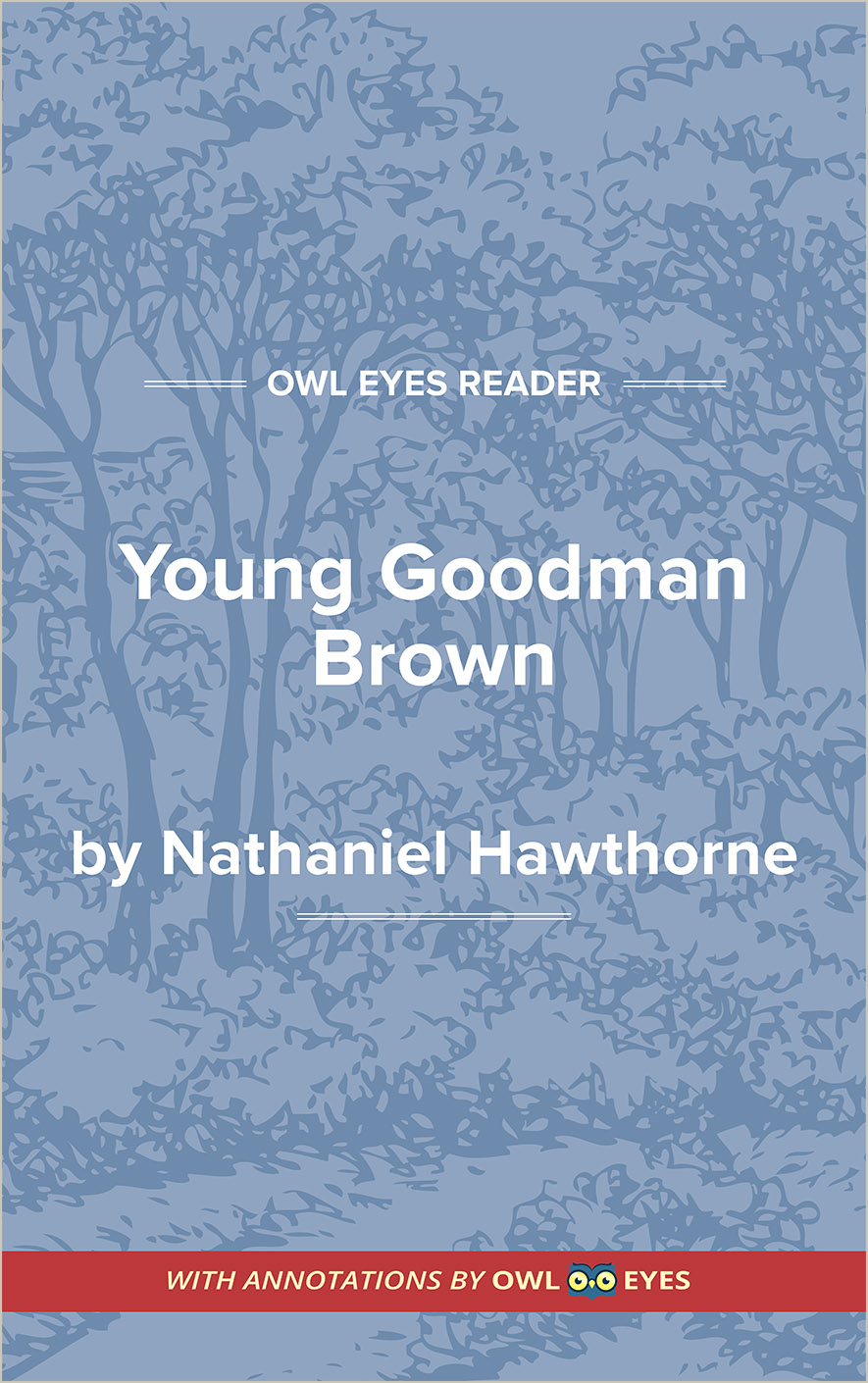 Puritan New England: Nathaniel Hawthorne wrote “Young Goodman Brown” in 1835 but set the story in Puritan New England during the late 17th century. The Puritans broke away from the Anglican Church in England, landing at Plymouth Rock and settling both Plymouth and Boston. They became the dominant Christian sect in New England at the time, although the Quakers and Anabaptists, other Christian groups, also had sizeable communities. Puritans subscribed to an inflexible doctrine that offered little room for error; for example, sinful thoughts and dreams were considered as harmful as actually committing a sin. They also believed that Native Americans, who did not prescribe to Christianity, were regarded as the children of Satan. “Young Goodman Brown” takes place during the time of witch trials in Salem, Massachusetts, and examines the hypocritical and inhibitive moral beliefs of the Salem Puritans.

Salem Witch Trials: A series of hearings, prosecutions, and executions in the late 17th century, the Salem witch trials condemned twenty people to death based on rumor and suspicion, including Martha Corey and Martha Ingalls Carrier who are referenced briefly in “Young Goodman Brown.” One of the most remorseless judges in the Salem witch trials of 1692 was John Hathorne, Nathaniel Hawthorne’s direct ancestor. It’s likely that Hawthorne felt some responsibility for the actions of his ancestor; not only did he add the “w” in his last name to distance himself from Hathorne, but he also devoted much of his writing career to exploring American Puritanism, often finding more to critique than praise.

Martha Ingalls Carrier was one of the first women named as a witch by the Salem Girls during the 1692 Salem witch trials.

The noun “powwow” is rooted in North American Indian culture and tradition. It can refer to a religious or magical ceremony. It also can refer to a council or conference of Native Americans. Regardless of the nature of the meeting, the Puritans viewed powwows as a kind of non-Christian, or pagan, behavior.

Since witches and sorcerers were associated with evil behavior, Hawthorne includes this detail. Witches were commonly believed to kill infants and young children for their fat, a prized ingredient. This belief is one of the reasons why many people suspected caregivers of witchcraft. Because the infant mortality rate was high and disease was not well understood, many believed evil forces conspired against their children.

The name “Cory” is a possible reference to Martha Corey, who was one of the women accused of witchcraft during the Salem Witch Trials. She was a respectable community member who was eventually hanged for witchcraft, despite Hawthorne’s saying that she is “unhanged.” Martha Corey’s story is also told in Arthur Miller’s play The Crucible.

New England in the 17th century saw one of the deadliest conflicts between the Native American tribes of the area and the Dutch and English colonists. King Philip was the adopted English name of Metacomb (or Metacomet), a Wampanoag chief, whose father enjoyed friendly relations with the Mayflower Pilgrims. However, the continued influx of colonists and treaties created tensions between the groups, resulting in war. The devil delights in telling Goodman Brown how he helped Brown’s father participate in this conflict.

A Quaker is a member of a religious movement founded by Christian preacher George Fox in the mid 17th century. This group emphasizes a direct relationship between the individual and the divine. Notably, Quakers were not viewed fondly by the Puritans in North America and were subjects of persecution. That the devil delights in the Puritans’ persecution of Quakers is also shown in Washington Irving’s “The Devil and Tom Walker,” in which the devil says that he amuses himself by watching the persecution of the Quakers and Anabaptists.

Puritans are a branch of English Protestants from the late 16th and 17th centuries who removed themselves from the Anglican Church of England, stating that the reformation under Elizabeth I was incomplete. Some sailed west across the Pacific ocean, including the Puritans who landed at Plymouth Rock and settled both Boston and Plymouth. Their Christian beliefs were notoriously strict; for example, Puritans believed that thinking about a sinful or evil action had the same effect on the soul as actually committing the action.

"A lone woman is troubled with such dreams and such thoughts that she's afeard of herself sometimes...."  See in text (Young Goodman Brown)

Faith’s claim that she is “troubled with such dreams and such thoughts” is significant. For Puritans, one’s thoughts and dreams pose a real danger to one’s spiritual well-being because sin is not limited to physical actions. This claim suggests that Faith herself is not as innocent and pure as Goodman Brown believes her to be.

Located in the state of Massachusetts, the city of Salem gained infamous renown due to its 1692 witchcraft trials during which many people were accused of practicing witchcraft and subsequently executed.