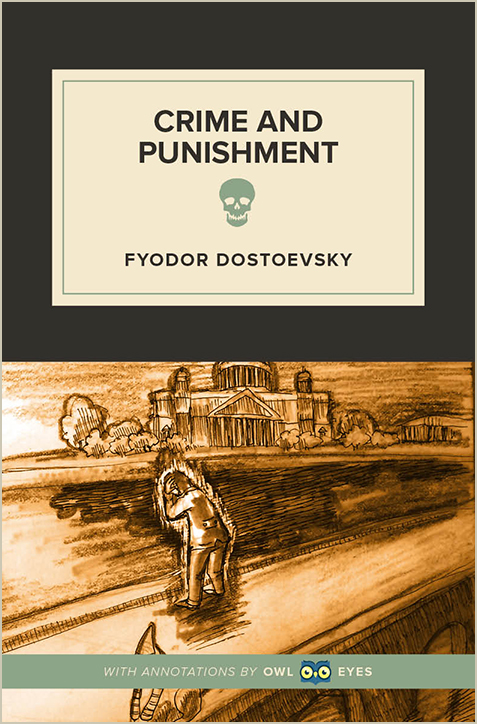 Quote Analysis in Crime and Punishment

Below are several of the most famous quotes from Crime and Punishment by Fyodor Dostoevsky. Each has an accompanying annotation with analysis.

"“If he has a conscience he will suffer for his mistake. That will be his punishment—as well as the prison.”..."  See in text (Part III - Chapter V)

This well-known quote represents Raskolnikov's belief of how someone will suffer from the guilt of their crimes.

"I did not bow down to you, I bowed down to all the suffering of humanity..."  See in text (Part IV - Chapter IV)

Raskolnikov's actions here directly relate to the themes of sacrifice and suffering in the novel. He declares that Sonia represents the suffering of all of mankind. His mean questions and statements were designed to see whether or not she truly was worthy of the praise he gave her when with Luzhin and his family. Raskolnikov is humbled before Sonia because she is able to remain so pure, despite her circumstances.