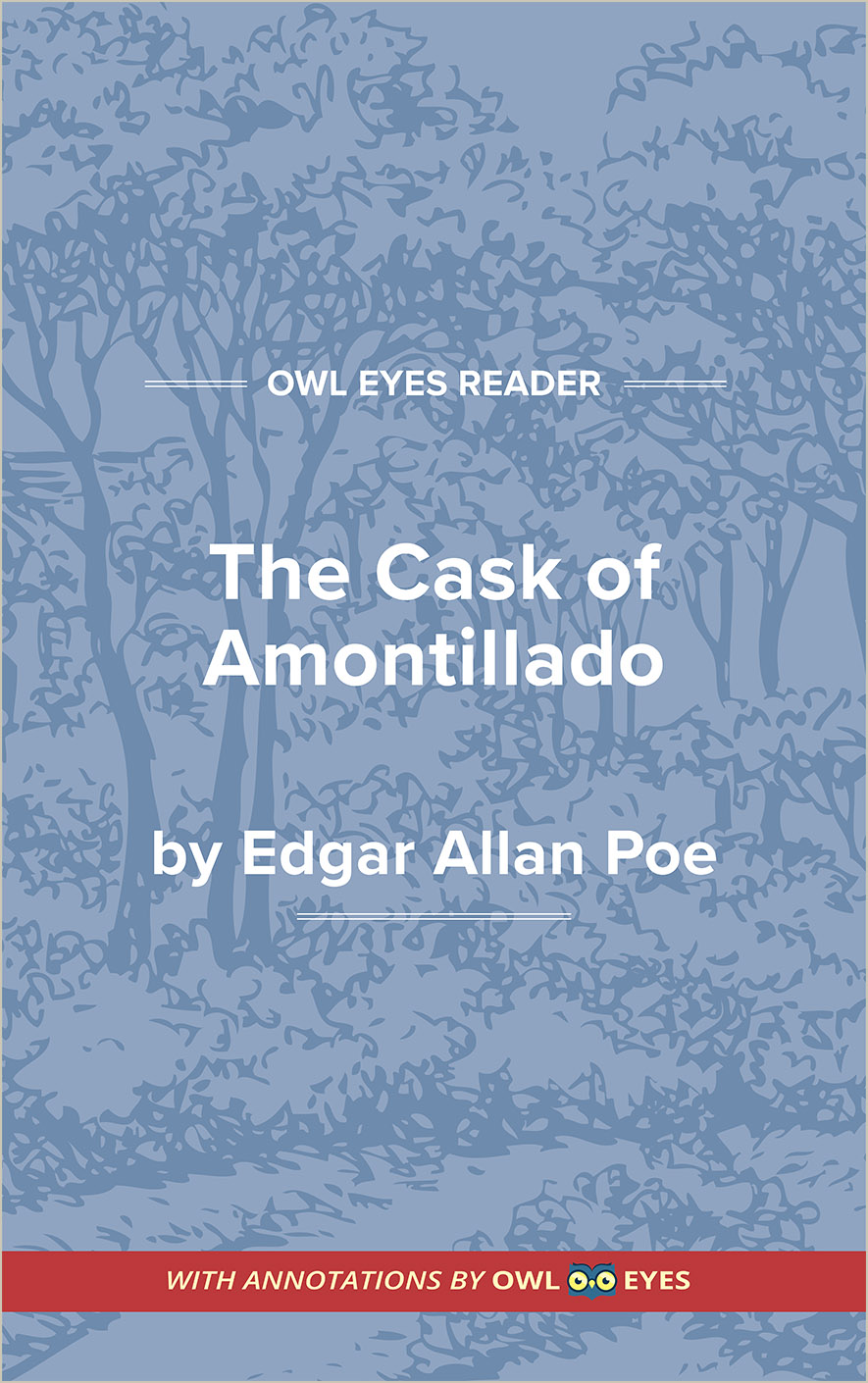 Themes in The Cask of Amontillado

Revenge: Amontillado revolves around Montresor’s desire to seek revenge on Fortunato for an unknown crime. Because the “insult” is never revealed, the revenge in this story takes the form of an all-consuming hatred, a vengeance that displaces the original injury and itself becomes a cause.

Disguise: Disguise, both in metaphorical and literal terms, allows Montressor to carry out his crime. Both characters are literally in disguise because it is Carnival, which makes it logistically possible for Montressor to take Fortunato into the catacombs. With Poe’s use of dramatic irony the true meaning behind many of Montresor’s words and Montresor’s true intentions are disguised from Fortunato.

Pride or Repentance?: Because of the unclear identity of his audience and the ambiguous final line of the story, it is unclear why Montresor relates this story fifty years after the fact. For this reason, the story can be read as either the main character taking pride in the success of this murder, or as a way in which the main character repents for his sins.

Themes Examples in The Cask of Amontillado:

This is the only time Fortunato calls Montresor by name. Poe wants to assure the reader that Fortunato is now fully sober and understands what is happening, why it is happening, and who is making it happen, so that Montresor can have the revenge he wants.

"In pace requiescat!..."  See in text (The Cask of Amontillado)

These words have also been read as a sign that the hate and pride, which may have caused Montresor to kill Fortunato, have devoured his soul and destroyed his humanity. When read in this way, the final line suggests that Montresor confesses this story as a form of repentance. The "rest in peace" then takes on a double meaning: as he has now told the story, both his conscious and Fortunato can rest in peace.

"In pace requiescat!..."  See in text (The Cask of Amontillado)

These final words (which translate to "rest in peace") are not ironic but completely sincere. Fortunato has been dead for fifty years, and Montresor no longer has any of the ill feelings he had for the man. That, in fact, was the whole purpose of his plot to kill him. He wanted to rid himself of his exceedingly painful inner feelings of resentment and rage. Montresor specified at the beginning that he wanted to achieve the perfect revenge. The last words verify that he has succeeded in doing so to his complete satisfaction. He has created a masterpiece of revenge.