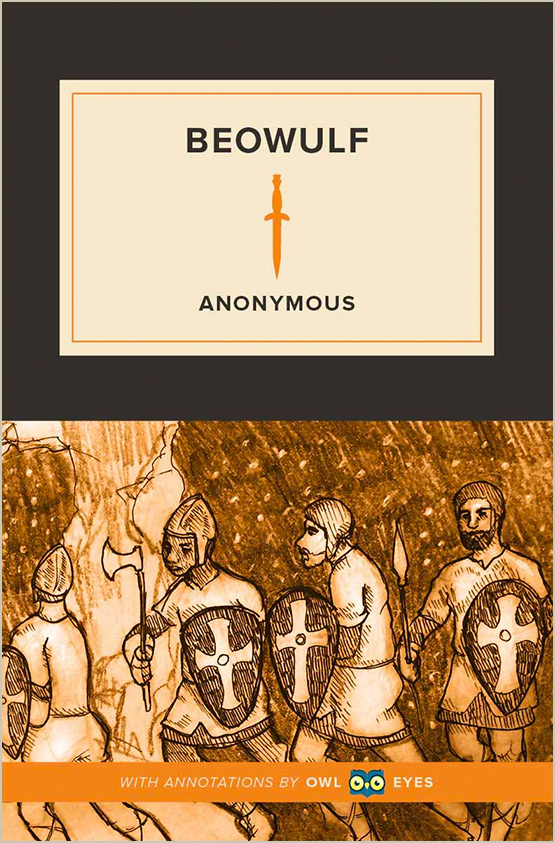 Beowulf is the oldest surviving long poem written in Old English. Written between the 8th and 11th centuries by an anonymous Anglo-Saxon poet, this poem survived in a single manuscript that was badly damaged in the 1731 Cotton Library fire. The epic poem follows Beowulf, a hero who comes to aid Hrothgar, King of the Danes, in his fight against the vicious monster Grendel. Before the tale is over, Beowulf fights and defeats Grendel, Grendel’s mother, becomes king of the Geats, and vanquishes a dragon. There is speculation that this story was transcribed from an earlier oral tradition that may trace back to Norse mythology. Thus, both pagan and Christian themes can be identified throughout the poem. Our ability to even read this text is incredible because Old English is a dead language that linguists had to reconstruct before they were able to decipher the story. In addition to the language barrier, Beowulf’s poetic form looks and sounds quite different than modern poetry. It relies on stresses per line rather than syllables and uses caesuras and kennings to create a song-like quality when read aloud. Beowulf is recognized as the foundational epic of English literature that serves as a bridge between modern English audiences and the ancient world.